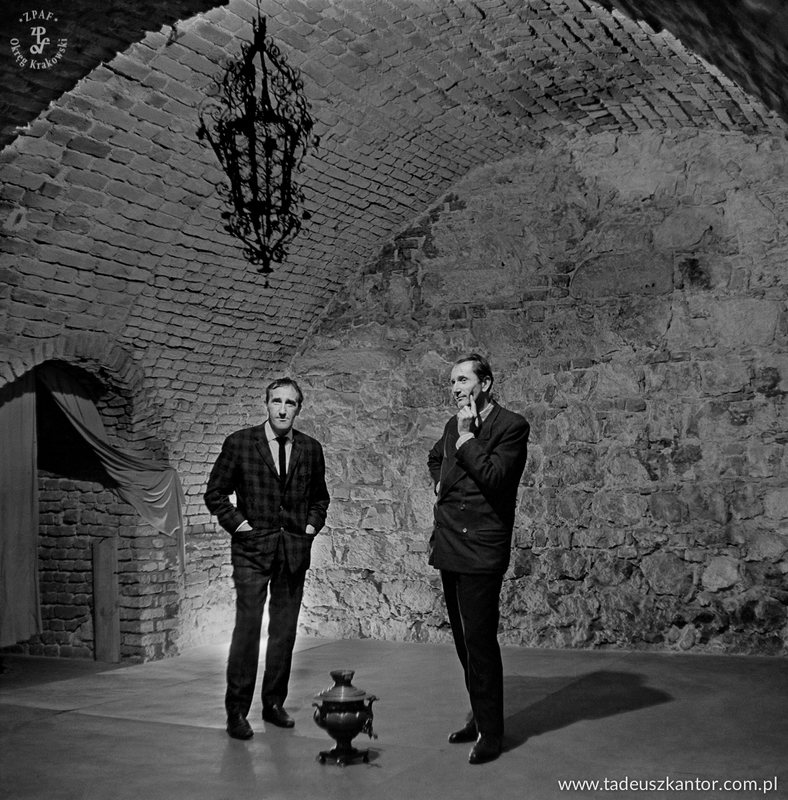 The growing disagreements between the Krakow Group and the attached Cricot 2 theatre and the Artist House caused Tadeusz Kantor and other group members to look for a new location. The most suitable for the purpose were the cellars of the Kszysztofory Palace. The townhouse was built in 14th century and the name comes from the sculpture of Saint Cristopher on its entrance. After the 2nd World War – before it started housing the Historical Museum of the City of Krakow – it housed the Fish Marketing Board. The water containers were not kind to the gothic walls.

The cellars of the Kszysztofory Palace were discovered by Stanisław Balewicz. They were in a sad state: moist and full of rubble. They served as storage for potatoes and coal. Balewicz started efforts towards the reconstruction. The Palace was owned by the Treasury Department and administered by the Presidium of the Voivodship National Council in Krakow. Between 10th July and 1st August 1957 the famous Exhibition in the Gate took place in the Kszysztofory’s hall, in the passage to the Historical Museum from the Grand Market Square. It was Kantor’s exhibition, with 33 of his paintings from between 1948 and 1957. Almost half of the works were informalist paintings. Kantor’s exhibition’s goal was to convince the government of the necessity of the reconstruction of the cellars and to give them to the use of Krakow Group and Cricot 2 Theatre. In the name of the Art Society Krakow Group and Cricot 2, Stanisław Balewicz petitioned the Voivodship Conservator of Monuments to agree to the start of reconstruction work. Thanks to Balewicz’s energy and efforts, the official opening of the 1st Exhibition of Krakow Group took place on 21st June 1958. On this day the Krakows trumpet call sounded not from the Mariacki tower but in the cellars of Krzysztofory. Stanisław Balewicz became the manager of the Kszysztofory Gallery for years.